The October CREG forecast, released today, shows a General Fund shortfall of $451.1 million and a school funding shortfall of more than $300 million, reflecting a historic downturn in Wyoming’s economy. Despite performing a bit better than projected in May, the state’s revenue collections have experienced a significant decline.

“I have a fundamental belief that we must live within our means,” Governor Gordon told the Joint Appropriations Committee (JAC). “Wyoming suffered its greatest budget shortfall in history this year, just six years after her previous record in 2016. By any stretch of the imagination this crisis is unique, but it is real and we must be prepared.”

The Governor has implemented an initial round of 10% cuts selectively and has asked agencies to consider further cuts approaching 10% and to be thinking about the further cuts that may come. He noted that Wyoming’s savings will not be able to offset the state’s cuts in the long-term.

“I am not interested in building a budget that just tries to get us to next year,” the Governor continued. “Wyoming, if she wants to remain competitive and productive, must live within her means and structure herself for economic opportunity.”

Members of the JAC acknowledged the scope of the problem that the state is facing and expressed their appreciation to the Governor for the steps he has taken to address the state’s budget crisis.

“Thank you Governor for taking the bull by the horns as soon as this situation arose,” said Bob Nicholas, Co-Chairman of the Joint Revenue Committee. “You took immediate action and as a result of those actions we are now $400 million closer to a solution than we would have been had you not acted.”

Governor Gordon expressed his appreciation for the chairs of the committee and all of its members, as well as the positive, collaborative working relationship between the Executive and Legislative branches. The Governor will release his Fiscal Year 2021-22 Supplemental Budget on November 16. 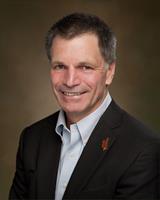