Casper, Wyoming (September 9, 2021) – The deadline is approaching for the 36th Annual Casper Open Volleyball Tournament, hosted by the City of Casper Recreation Department in conjunction with the Casper Recreational Leagues Association.  The tournament will be held Saturday, November 13 and Sunday, November 14, 2021.  In 2019, over 140 men’s and women’s teams from Wyoming, Colorado, Montana, South Dakota, and Nebraska participated.  Due to COVID we were unable to hold this tournament last year, therefore it’s very exciting to have it back this year. It is anticipated that there will be over 300 matches played on 23 courts located throughout Casper during this event, which is touted as one of the largest adult volleyball tournaments in the region.

The $150 per team entry fee is due no later than Thursday, October 28, 2021. The tournament format includes pool play on Saturday for all teams and double elimination competition for all teams on Sunday.  Checks should be made payable to the Casper Recreational Leagues Association (CRLA) or teams can register online at www.crlasports.com.  Entries may be mailed or delivered to Casper Recreation Center, 1801 East 4th St., Casper, WY  82601.  All tournament forms and information can be found on www.crlasports.com. 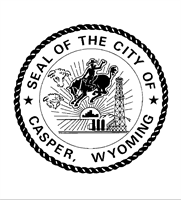